Is the Apple iPhone 5 all it's cracked up to be? 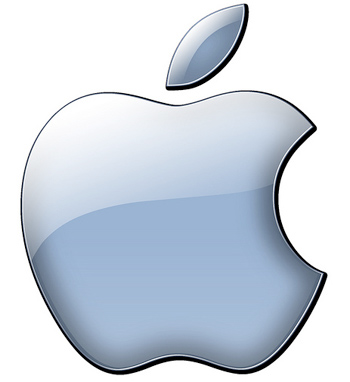 Whether you are a die hard Apple fan or not, when they announce a new product, you are forced to listen.  I have been an Apple Fanboy for over 10 years.  (yes, I am girl.  Apple Fangirl isn't much of a term nor does it have a funny video like Apple Fanboy.)  My first Mac was a iBook G4.  I had it for almost 7 years.  When the first hard drive died, I replaced it myself.  (yep, me.  *bows*)  It never contracted any viruses and it just worked.  I have had a MacBook now for 4 years and once again, no viruses and it hasn't failed me yet.  I'm on my second iPhone (3GS, 5) and couldn't be happier.  For those of you who have used any products from Apple can understand the dedication I am talking about.

There has been quite a bit of talk about the newest iPhone and although I'm very happy with mine, not everyone is.  The biggest complaint so far has been the maps.  I have used it a few times and it has worked just fine for me.  This is my first time with Siri and the turn by turn navigation is really nice.  But, when it fails to find hospitals or schools.... that might be a bit of a concern.  Apple has admitted the maps suck and are working on fixing the problem.
One thing I am a little perturbed about is the FaceTime situation.  With that said, I've never used FaceTime.  I hate talking on my phone, so why would I want to actually look at the person I am talking to?   While I will be able to use FaceTime over a wi-fi network, I won't be able to use FaceTime with my data plan.  I have the unlimited data plan and was grandfathered in when I got my iPhone 5 and because of that, no FaceTime for me in a public bathroom or walking down the mall.  (bummer huh?)

On the other hand, I am over the moon with the panoramic feature the camera has, the retnia display is beautiful, the simplicity of muting a call and the options that come along with it.  Did I mention that it's really shiny and pretty?

There are plenty of specs that I could rattle off and debate for days on why my phone is better than your phone but I don't want to brag.  (just kidding.  I'll do that later when you aren't around.)  The point is, is that it's a phone.  It doesn't make me dinner or tuck me in at night.  It does exactly what it is supposed to do and then some.... ok, a lot of somes.  But, for me, it's the fact that Apple has quality products that don't need to be replaced every few years.  If I can have a laptop for 7 years and never have a problem with it, I feel that I win.  If I drop my phone (maybe a lot) and I don't have to worry about it busting, again... I win.  Plus, it makes me feel like I can sit with the cool kids at lunch.